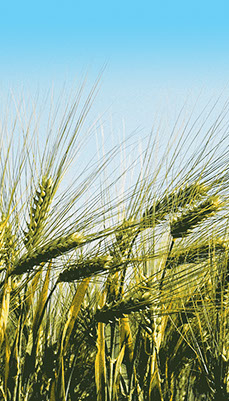 The historic farm, established in 1876 and farmed by the Keesling family for five generations, is located on the Santa Fe Trail on a site where once stood a sod house from which a doctor treated patients from passing wagon trains.

Perdue Is Known For Promoting Trade

Donald Trump’s pick to run the U.S. Department of Agriculture, Sonny Perdue, is a Georgia farm boy with a record of promoting U.S. meat and crops overseas, with fans in the Farm Belt and agribusiness corporate offices.

From his farm near Chase, Doug Keesling is hearing concerns from farmers and others across rural America. Has President-elect Donald Trump forgotten them?

RICE COUNTY, Kan (KSNW) — Farmers and ranchers hoped to have someone with real roots in farming as Secretary of Agriculture. When the president-elect announced Sonny Perdue as his choice, local leaders in the ag community said it’s a win.

With mountains of wheat piled at elevators not far from his west-central Kansas farm, Ron Suppes is hopeful about America’s next agriculture secretary. A proponent of trade, Suppes and other Midwest farmers want Sonny Perdue to learn more about the needs of Kansas farmers, which includes a solid farm bill and adequate crop insurance.

U.S. should ease restrictions to boost trade with Cuba

Over the past year, the relationship between the U.S. and Cuba has gradually warmed up. While this is a good start, American business leaders are still waiting for a breakthrough on the economic front.

It's a sad fact, but most Americans today have never met a farmer, or even visited a farm. Over the decades, the farmland that once surrounded most cities has given way to sprawling suburbs, transforming what was once a largely rural nation only a century ago into an increasingly urban one. And in the process, Americans have lost touch with farms- and with the farmers and farm communities that produce the food on their tables.

Cuba Regs Not Just All Rum And Cigars — There Are Tractors, Too

Most headlines generated by the White House’s big Cuba announcement on Friday focused on eased restrictions on Cuban rum and cigars, but here’s how the new rules, effective today, will benefit broader trade with the Communist-run nation.

The prospect of Cuban trade for U.S. food and agriculture communities is expanding. The White House announced new proposals that took effect this week, lifting trade restrictions with Cuba.

Lifting the U.S. trade embargo on Cuba: The time is now

Over the past year, U.S. and Cuba relationship is gradually warming up. While this is a good start, American business leaders are still waiting for a breakthrough on the economic front. The need to achieve a greater opening between the two countries commercially but also supporting and advancing the values that we care about is immediate.

U.S. farmers are poised to plant winter wheat on the smallest area in over a century this autumn, as tumbling global prices and fierce competition push the world's former top supplier into retreat. But even that shrinkage is unlikely to dent massive global supplies or help bolster prices.

The group, Engage Cuba Coalition, announced the launch of Kansas and Missouri State Councils of Agriculture to help build support for congressional action to lift the travel and trade embargo to Cuba.

Farm economy and the health of rural America

U.S. farmers are the envy of the world. They have access to the best technology and till some of the finest cropland on the planet. Better yet, in 2016, the price of fuel and fertilizer is down, and production is up.

Ag industry on alert as Clinton, Trump dig in on estate tax

Hillary Clinton's defense of the estate tax may hurt her chances of winning over farmers who have long supported eliminating it. But the Democratic candidate re-upped her calls this week to expand it and suggested Donald Trump had only personal gains in mind when he recently vowed to repeal the measure.

LYONS – It was the chatter at church on Sunday as the growing green wheat finally got the blessings of lifesaving rains. “The big topic was whether we could still spray,” said Rice County farmer Doug Keesling of the threat of stripe rust that spreads in cool, damp weather and the window of opportunity before harvest to apply it.

Reliable ingredient sourcing and supply are key to any market functioning successfully. For 15 years, Nigerian millers have traveled to the United States to take stock of their primary supply of HRW wheat.

A Kansas farmer was called upon by the United States Senate Committee on Agriculture, Nutrition and Forestry, to testify on the opportunities and challenges for trade with Cuba.

Cuba on The Mind

Agriculture groups are hopeful Cuba won't fall out of the spotlight now that President Barack Obama has left. Doug Keesling, a Kansas farmer and member of both the U.S.

Doug Keesling: Doug Keesling is a fifth-generation farmer from Chase, Kansas. With more than 30+ years’ experience in farming, agribusiness, and agriculture policy, Keesling has participated in nearly every aspect of the industry—ranging from crop production, to provision of supplies and services to farmers and farm communities, to shaping of agricultural policy through involvement in state, national and international agricultural trade organizations. Keesling began his career as a farmer—operating a farm, raising livestock and growing wheat, corn, soybean and sorghum.

Keesling is the owner of Keesling Farms (input supplier of everything a farmer needs), Output Management (environmental cleanups of hazmat materials and manure cleanups for large scale layer facilities delivered to farmers and spread for crops), and past owner of Millennium Healthcare (home healthcare business for individuals and hospitals).

A passionate advocate for farmers, Keesling has traveled the United States to promote wheat on behalf of many agricultural organizations, and has journeyed overseas on numerous occasions to advocate for the interests of Kansas wheat farmers. He is a founding board member of Heartland Plant Innovations, and has served on the boards of Plains Grains, Inc., the Wheat Foods Council, U.S. Wheat Associates, and the IGP Institute.

Keesling and his wife, T.J., have two boys, Chase and Colby, and two girls, Opal Jo and Elsie. In his free time, Keesling enjoys spending time with his church, family and friends, and guiding hunting trips.